Years ago I set out to design, develop, and establish an online presence for myself, and in a way I did that with The Robot Cave. Then life happened. Soon after launching TRC and Pixelnaut Press (and starting a new and legitimate job to boot) I married the love of my life. Soon after that I focused on supporting her with getting her own career going while making sure that we had what we needed and wanted. Then we got a dog. Now we have two dogs.

The point of all of this is that you never have not enough to do and yet we still have just that one, or several, personal projects that we want and need to launch. So once again I found myself itching to finishing something, release it and move on to a new personal project that I would procrastinate on for a couple years (…just kidding).

With that I set out to kill TRC and wrap everything up in ASIM: fired up a new flat-file cms, migrated all of the content over, dropped all of the previous design (as well as the ui) and began anew. After about a month of sporadic work on this project I was ready to deploy, at least that’s a lie I forced upon myself to stop tweaking every little detail in attempt to postpone the inevitable. That’s when the white board of chaos happened. That’s pronounced “chay-os”, English is weird and I’m convinced that everyone just ignores the right pronunciations of things… I’m not the problem!!! 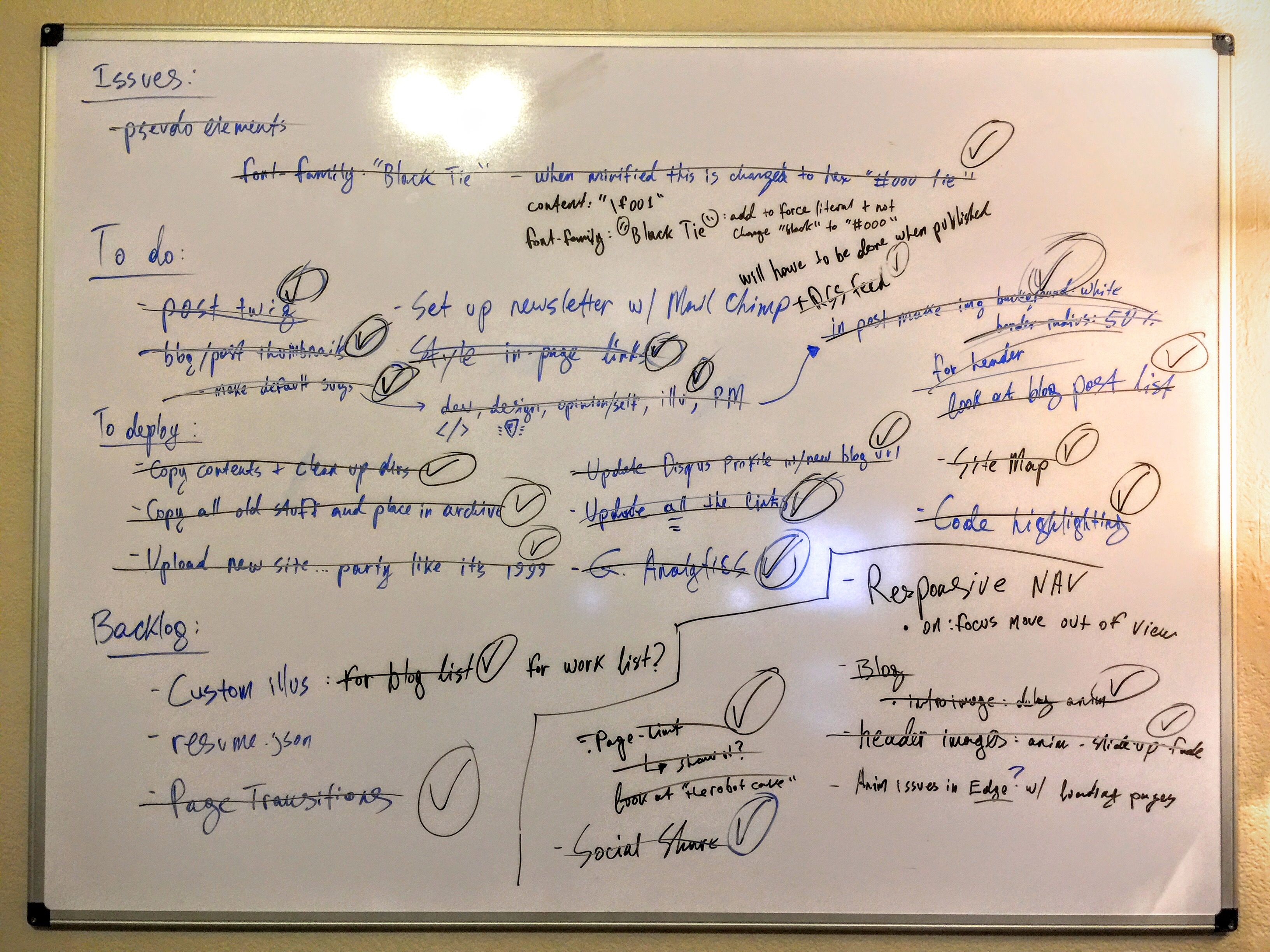 This is a very poor representation of my whiteboard game. When I finally hit the “go” button on this project my only objective was to launch it as soon as possible (personal project that I’ve been sitting on for a long time). As is tradition of rushing stuff out the door I cleaned up all of the assets (scss library, twig templates, scripts, etc.) and let the whiteboard drive the progress.

As you can see from the above I ran into a lot of issues early on, realized that some stuff still needed to be cleaned up, and continued to add important features before the launch deadline. Keeping everything in perspective I was able to complete all critical tasks on time and released the product on time (what you’re reading right now).

With the initial phase complete came time to reflect and refine. 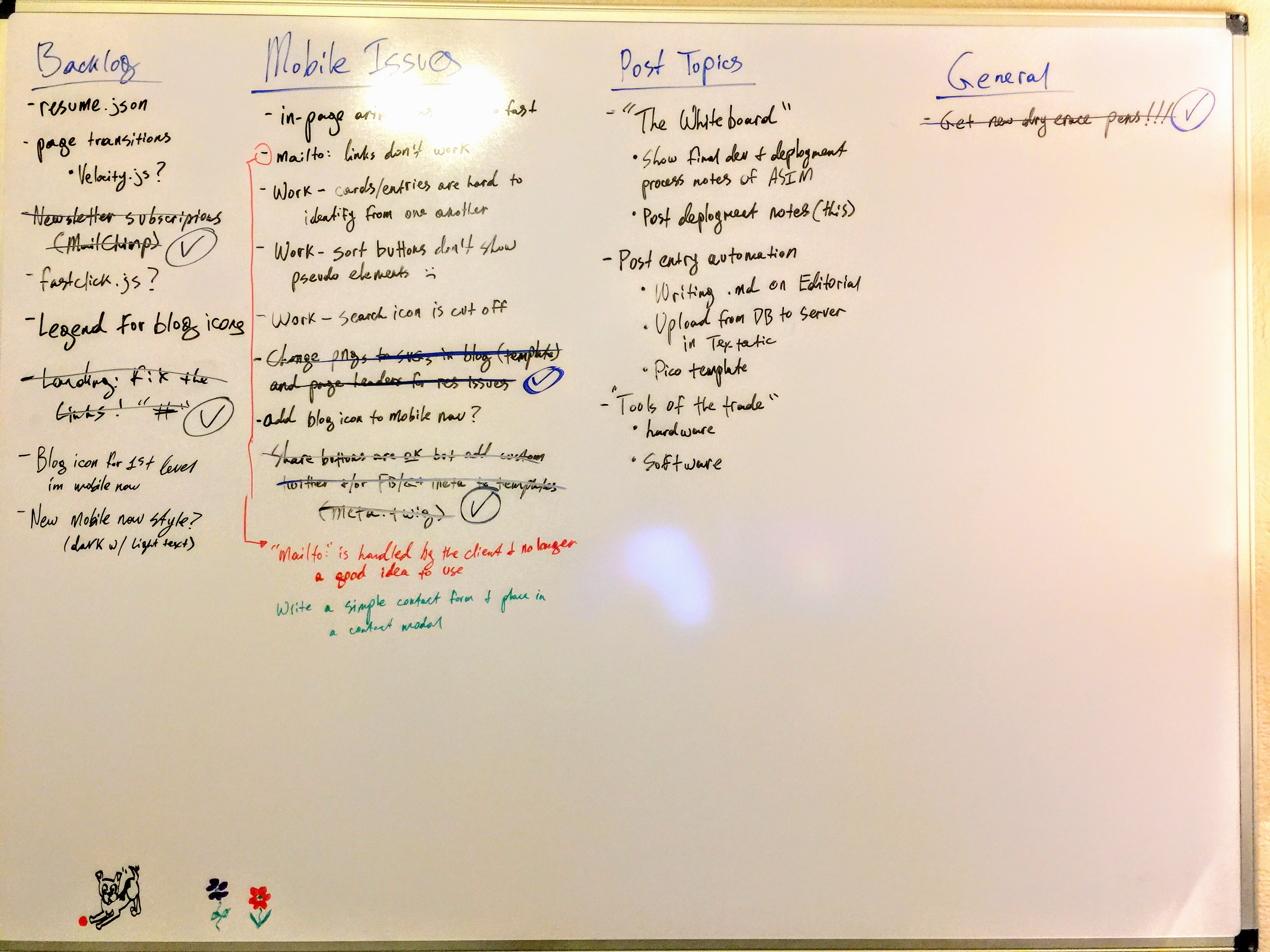 Thanks for reading, until I write stuff & things again, I’ll catch you on the flip side.